I was recently a speaker at a conference on leadership. It is a topic that has interested me for some time. I have been particularly intrigued by the idea of a leader as someone who influences an organisational culture in a positive direction. The conference chair used a phrase that made an impact on me and which I have already started using in my training on these issues: he described a leader as a thermostat not a thermometer – that is, someone who can affect the ‘temperature’ in a team, section or whole organisation, rather than someone who just reflects that temperature.

Where there is a lack of leadership there will be managers and professionals (and yes, indeed, it is not just managers that can and should be leaders) who become passive victims of the culture in which they are operating. Of course, it has to be recognised that organisational cultures can be very powerful influences indeed on not only group and individual behaviour, but also thought patterns and emotional responses. Such influences can be highly positive (empowering, motivating, supportive, nurturing and energising) and can create a strong sense of shared endeavour and high morale, with a great deal of learning going on. However, they can also be highly negative (disempowering, demotivating, unsupportive, macho and draining), resulting in little real sense of teamwork and a culture of low morale that can be quite destructive for all concerned and which can stand in the way of any real learning taking place.

Of course, leaders do not have complete control over the cultures they inhabit – the reality of organisational life is far more complex than that. However, there are ways and means in which leaders can make their presence felt in shaping cultures in a positive direction. Some people make the mistake of assuming that, because cultures are very powerful, they are all-powerful and that there is therefore little that can be done to affect them. This mistaken assumption can be especially prevalent where low morale is to the fore, as low morale tends to promote negativity, defeatism and even cynicism, which then discourages any challenges to that culture.

In reality, cultures are sets of habits, taken-for-granted assumptions and shared meanings, and so much of their force comes from the dead weight of habit. In some circumstances, cultural change can be a long and difficult process, while in others it can be relatively straightforward. For example, where there is a culture characterised by people not communicating with one another, an effective leader could potentially change that culture fairly quickly by making sure that people start communicating with one another. New sets of (more positive) habits can be formed quite quickly at times.

Of course, leadership involves an important set of skills, and those skills need to be underpinned by a degree of confidence, as we will not be able to serve as a positive influence if we lack confidence in our ability to do so. Herein lies a considerable irony. Cultures of low morale – those cultures that cry out most for effective leadership – are precisely the breeding ground for low confidence. So, where leadership is needed most could very well be where it is least likely to be found or to flourish.

So, while leadership has much to offer we should not see it in simplistic terms as some sort of magic solution. There are many challenges involved in taking leadership forward, but it is to be hoped that the benefits of improved leadership are sufficient to spur us to find ways of building on the foundations we already have. With this in mind, one thing we should be aware of is that, as long ago as the 1920s, Mary Parker Follett was making the vitally important point that one of the primary tasks of leadership was to support the development of other leaders – that is, good leadership begets leadership.

People Management, Neil’s latest book, is due to be published by Palgrave Macmillan on March 22nd. 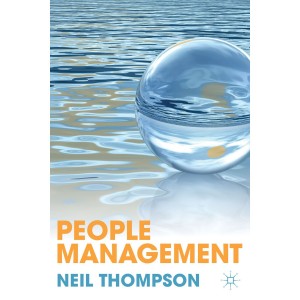