The word ‘trauma’ comes from the Greek word for wound. It is used by the medical profession to refer to physical wounds, but is also used in psychology and the caring professions to refer to a psychological wound – that is, the harm done to a person’s psychological well-being by one or more events that cause major levels of distress. Such events include: • Being seriously injured; • Being assaulted, raped or robbed; • Experiencing a significant bereavement; • Witnessing a death or major accident; • Divorce or other significant relationship breakdown; • Experiencing a significant (non-death-related) loss or series of losses; • Being abused (physically, sexually or emotionally). Although a traumatic experience does not necessarily involve physical harm to the body, physical symptoms can result – for example, headaches, stomach aches and/or palpitations. However, the psychological effects can be far more significant. These can be divided into three types:

• Cognitive: This refers to thinking processes and memory. An individual exposed to a traumatic experience can find it difficult to ‘think straight’ and may have a degree of memory impairment, on a short-term basis at least.

• Behavioural: People’s behaviour can be significantly affected by a traumatic experience. For example, an outgoing person can become quite withdrawn. All three types of psychological reaction are, in effect, reactions to stress – hence the term ‘post-traumatic stress’. Where such stress persists over time and becomes a long-term problem, the term ‘post-traumatic stress disorder’ (or PTSD) may be used. Note that some degree of post-traumatic stress is a perfectly normal reaction and does not necessarily mean that the individual concerned is in need of professional help. However, professionals are likely to have an important role to play if the problems persist over time.

PTSD is often characterised by:

– Flashbacks: The distress can be relived over and over again – for example, when images, memories and associated emotions recur. This is sometimes in the form of vivid dreams, but is often just a matter of one’s thoughts returning briefly to the scene.

– Feelings of detachment: Sometimes described as ‘emotional numbness’, this involves feeling separated from the world and people around oneself. It can also involve feelings of low mood and pessimism.

– Irritability: Low levels of tolerance and increased ‘watchfulness’ can lead to irritability, which can, in turn, affect sleep patterns and concentration.

‘Secondary traumatisation’ is the term used to refer to what can happen to people involved in supporting people who have been traumatised – whether at the time of the key event or thereafter. This can include members of the emergency services and other relief workers (whether paid or voluntary); health care staff; social services staff, counsellors and other such helpers, as well as relatives, friends and neighbours of the people directly affected by the trauma. Although such people may not be directly affected by the traumatic event, they may none the less experience a degree of trauma as a result of their exposure to the intense pain, distress and suffering involved.

Return to Trauma in the Workplace main page

Childhood Trauma and Recovery by Mary WalshHelping Children Recover From the Trauma of Abuse£24.99£12.99 3.5 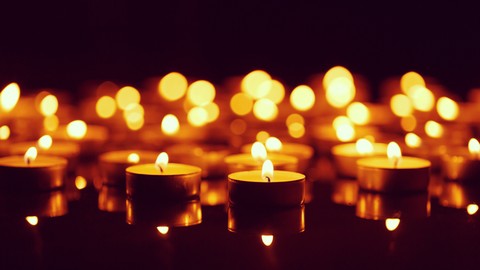